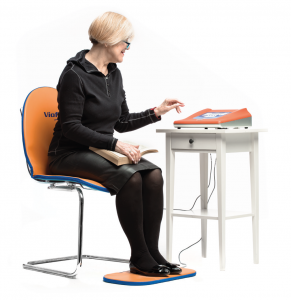 The fact is that aging is a natural process which differs from disorder processes.Medicine should endeavor to protect this natural aging process from diseases, allowing the life to progress in the spirit of a pleasant, active and healthy aging. Telemers, free radicals, oxidation stress, cellular cycles encoding genes, signal reflection routes and overall regenerative capacity of a human body, these are some of the interesting fields of a new science studying aging – gerontology.
Necrosis of the cerebral cortex neurons has always been regarded as an inevitable symptoms of aging. Major culprits which accelerate the dying off of neurons are oxidation stress, lack of oxygen and metabolism of calcium. At old age, geriatric changes in neurons take place which, however, do not mean the neuron’s death. Only some synapses become dysfunctional, while others can compensate for their loss. One of the geriatric changes is a loss of cellular circuits which enable space orientation. A key role in neuron disorders and degeneration is also played by estrogens, the female sexual hormones.

Most people die of arteriosclerosis complications, tumors, infections or dementia. In the very old, the main limiting factor is frailness caused by the loss of muscular strength and coordination. Aging and physical frailness are caused by reduced protheosynthesis in the muscles, reduced immunological functions, increased level of fats, reduced mass of muscles and muscular strength and reduced mineral density of bones – decalcination. The geriatric drop in the performance is caused by generalized weakness, locomotion and balance disorders and low endurance. These together lead to the already mentioned geriatric frailness, defined as a state of depleted physiological reserves, combined with an increased tendency to fall. Other functions too, deteriorate in old age. Most of all sexual hormones, but also pancreas, with the symptoms of geriatric diabetes. Diabetic complications remain serious, particularly in the vascular area. Diabetes increases cellular stress. Inactivity also leads to calcium deficiency and the bones are susceptible to injuries. To put it in a nutshell, old age is characterized by loss of energy. Loss of energy which is visible on the outside, but of course also by loss of energy at a cellular level. Here is an opportunity to correct the energy on a cellular level and thus efficiently slow down the process of aging.
Biophysics is a science which tries to understand the energy processes at a cellular level, and by doing so contribute towards revitalization of the cells and extending their life.

Viofor JPS can amend these mechanisms: This instrument generates a special low induction stimulating field. Application of thus modified electromagnetic energy leads for instance to increased utilization of oxygen in the cell, but also increased level of free oxygen in fluids, similarly as in ozone therapy. Both phenomena are very important for the aerobic manner of obtaining energy on the internal mitochondrial membrane where most ATP is formed, a process which takes place only if oxygen is present. Generation of ATP, the basic life energy substance, is boosted. ATP properties are so significant that it is no doubt of interest to explain how the electromagnetic field of Viofor JPS can affect this component.
It has been demonstrated that exposure to the Viofor JPS electromagnetic field can increase the overall quantity of ATP by up to 40%. The time it takes to achieve this increase is 8 – 12 minutes. This determines the time these fields are applied. It also increases the passage speed through neurons, increases the cell penetration by Ca, which eliminates bone brittleness. Overall, the therapy stabilities cellular homeostasis, and all this is very important for the aging and fraying organism. It also enables cells to remove noxious substances, a function which in the aging organism
is significantly impaired. The Viofor JPS is designed to make its operation simple even for non-professionals. It allows the therapy to be administered either to the whole body or locally or to a specific point. It can be applied even to those who have been bedridden for a long time. They can be simply covered by a full-body cushion. In addition, the concept of full-body stimulation is designed to create an impression
of verticalisation – upright position, which for those long-term bedridden is from the motion rehabilitation point of view very important. Combined with physiotherapy, this is a very simple and effective method leading to improving or maintaining health. With its modified electromagnetic fields and their composition, the Viofor JPS is the only instrument of its kind, which has been justifiably getting various appreciations throughout the world.
Therefore using these techniques in old age is a big benefit, both in the field of prevention as well as in the field of therapy.