Viofor JPS pulsed magnetic field (magnetostimulation) method is an unique, patented solution designed for therapy, rehabilitation and wellness with Extremely Low Frequency Magnetic Fields (ELF-MF). The system has been designed by renowned scientist and world authorities in the field of physical medicine: Professors Feliks Jaroszyk and Janusz Paluszak from Poznan University of Medical Sciences and Professor Aleksander Sieron from Medical University in Silesia. 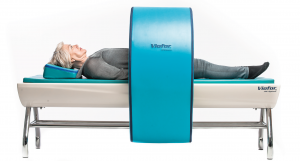 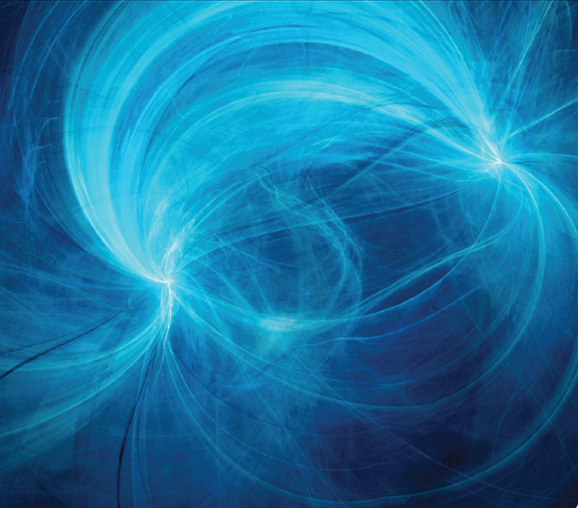 Viofor JPS generates variable magnetic fields, which cause changes in the organism similar to those caused by physical activity (physical strain, physical activity); i.e. they support biological regeneration. Both mental and physical regeneration is tightly connected with physical exercise. Variable magnetic field generated by Viofor plays a similar beneficial role.
Magnetostimulation stimulates in the organism electromotor forces of such properties, which enable homeostasis, and in case of its disturbance stimulate return to a normal state.
The biological effect of the alternating magnetic field generated by Viofor JPS System devices is the result of:

The essence of PMF magnetostimulation

Therapeutic signal Viofor JPS System comes down to the optimal selection of two different electrical signals, and thus magnetic ones, and their combinations in order to use the three basic mechanisms of absorption of the alternating magnetic field by the matter of living organisms.

Electromagnetic radiation can affect the body in different ways. Depending on the amount of energy absorbed, thermal and non-thermal effects appear. Due to the very low values ​​of magnetic induction, non-thermal effects: bioelectric, biochemical and bioenergetic are the most important in magnetostimulation.

through the output increase of endogenous opioids from the ẞ-endorphine group, a substance responsible for increasing the pain threshold, allowing for complete avoidance or a major decrease in the use of painkillers.

stimulating the creation of c-AMP and prostaglandin E. Prostaglandin influences the accumulation of c-AMP, which in turn decreases the secretion of inflammation mediators from neutrophiles, basophiles, mastocytes and lymphocytes

The basic regenerative effects come from the intensification of oxygen utilization processes and tissue respiration through increased diffusion and oxygen capture by hemoglobin and cytochromes.

decreasing the surface tension of liquids through magnetohydrodynamic effect, preventing edemas and varicose veins; it is a great prophylactic against cardiovascular diseases.

A faster recovery to the physiological norm after physical exertion was observed, as well as an acceleration of post-exercise recovery and a reduction in rest time by an average of 30% in relation to passive rest.

by modifying the amplitude value of alpha and theta wave rhythms in proper directions, characteristic for the physiological state of relaxation – objectively measurable and indicated by value of the demobilization of the autonomous nervous system.

The increased capture of oxygen is associated with stimulation of tissue respiration, DNA synthesis and acceleration of the mitotic phase of the cell cycle. As a result of this, magnetic fields can treat trophic lesions of the shank, accelerate the healing of ulcerous niches, can improve the cellular metabolism of the central nervous system and accelerate the
regeneration of damaged peripheral nerves

by stimulation of the thymic-dependent process of T lymphocyte maturation and the supplementation of the deficiencies of this cell population in the immune system. In vitro studies confirm the immunocorrecting effect of Viofor JPS System magnetostimulation, observed in the form of a decrease in the concentration of pro-inflammatory cytokines TNF-α and IL-8

The results of clinical studies conducted with the use of Viofor products serve in developing methods and determining the scope of application of physical medicine.

2. Soft tissue:
– conditions after injury with or without damage to skin continuity
– burns
– bedsores

– after sport training
– in biological regeneration

In dentistry – as regenerative and analgesic action:

Increasing the “saturation”magnetic field can be achieved by the simulataneous use of two flat applicators.

Homogeneous field applicators, such as ring applicators are made of coils properly completed and placed in space to each other. They produce homogeneous field in the large space inside the applicator. This means that the homogeneity of the field has the same value of the induction, the same direction and sense in a given instant of time. The location of the body in the uniformity is ensured by the desing of applicators. A characteristic feature of the applicator is the generation of magnetic field with its lines of force parallel to the axis of the applicator and the patient`s body (in the flat applicators lines pass perpendicularly trough the body).

When you need deep insertion, you should

​The aim of the combination is to increase the efficiency of the therapy.

Viofor JPS generates variable magnetic fields, which cause changes in the organism similar to those caused by physical activity (physical strain, physical activity); i.e. they support biological regeneration. Both mental and physical regeneration is tightly connected with physical exercise. Variable magnetic field plays a similar beneficial role.
Magnetostimulation stimulates in the organism electromotor forces of such properties, which enable homeostasis, and in case of its disturbance stimulate return to a normal state.

Biological effect of variable magnetic field generated by Viofor JPS is the result of:

Body fluids i.e. blood, the lymph and intercellular fluid constitute so-called second mode conductors of the ionic character of electrical conductivity. The essence of the Viofor JPS system is the optimal choice of two different electrical (and thus magnetic) signals as well as their mutual combination, in order to achieve the aforementioned three fundamental mechanisms of variable magnetic field absorption by the living matter.

ELF (Extremely Low Frequency) electromagnetic radiation may affect an organism in various ways.
In magnetostimulation, due to extremely low value of magnetic induction, the most important are bio-electric, biochemical and bioenergetic effect

The bioelectric effect causes normalization in the potential of the cell membrane. In pathological cases, the potential drops due to penetration through the cell membrane to the cell interior of positive ions, e.g. Na+. In order to reverse the process, the cell needs energy, which can be obtained from ATP hydrolysis. .
The biochemical effect is based on an increased enzymatic activity as well as reduced processes related with ATP. .
The bioenergetic effect is a factor that stimulates the nutrition and growth of cells and regulates intercellular processes leading to regeneration of the organism..

Analgesic effect
Analgesic action takes place mainly due to an increase in the secretion of endogenous opiates from the ß-endorphin group, a substance responsible for the increase in pain threshold. The effect of analgesic action occurs not only during exposure to magnetic fields, but is also observed after exposure is discontinued. This determines the biological hysteresis of magnetic field effect. Precisely such a mechanism of analgesic action on the internal opioid system confirms an antagonist of opiates blocking this effect (Naloxone).

Regenerative effect
An intensification of the processes of oxygen utilization and tissue respiration as a result of intensified diffusion as well as oxygen capture by hemoglobin and cytochrome chiefly determines the basis of regenerative effects. The increased capture of oxygen is associated with a stimulation of the processes of tissue respiration, DNA synthesis and acceleration of the mitotic cycle. As a result, magnetic fields treat trophic lesions of the shank, accelerate the healing of ulcerous niches, improve the cellular metabolism of the central nervous system and accelerate regeneration of damaged peripheral nerves.

Vasodilatatory
Very weak currents generated due to interaction on piezoelectric substances e.g. collagen, stimulate the activity of osteoblasts. It is aided by intensification of vasodilatatory effects. It has also been observed that a magnetic field inhibits demineralization processes of the bones and, at the same time, increases their mineralization – which is evaluated by densitometry.

Relaxing and antispastic effect on the nervous system
In case of the nervous system, magnetic fields also improve the interneuron conductivity and modulation of neuron activity as well as the pineal gland’s twenty-four hour rhythms of melatonin secretion, which is called” the scavenger of free radicals” responsible, among others, for the aging process. The pulsating magnetic fields generated by the Viofor JPS clearly modify the amplitude value of alpha and theta wave rhythms in proper directions, characteristic for the physiological state of relaxation – objectively measurable and indicated by value of the demobilization of the autonomous system. The results of psychophysical testing, as a part of psychotherapy of emotionally immature people point to Viofortherapy as a method of choice for these people. What is more, it is a non-invasive method applied equally in medicine as in psychology.

In many cases it allows reducing the drug intake, painkillers in particular

Treatment time: default settings 8, 10 or 12 minutes
Treatment can be provided to patients in any position (lying or sitting). It does not need any special preparations. The application is automatic and there is no need to involve third parties.

Treatment and rehabilitation
Application parameters can be set according to the disease, patient’s age and general condition as well as treatment length. A wide choice of accessories allows general and local application. Large applicators (mat and cot) are used for the whole body treatment. Local applicators are used for selected body part treatment. They provide non-invasive and pain free treatment that patients can apply on their own.

For children, parameters are set according to age groups.